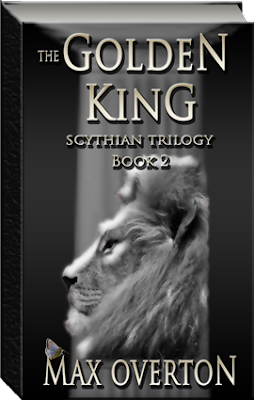 We tend to think of Scythia as sweeping plains of grass, perhaps undulating slightly, but otherwise stretching to the horizon, with the wind carving patterns in the swaying grass. That was only part of it though. If you look at a topographical map of the area, you will see that the land popularly known as Scythia is bordered on the south by the hot, dry, mountainous regions of Sogdiana and Bactria, and on the west by mountains backing onto the Caspian Sea. These were wooded mountains, mostly coniferous, but with stretches of broadleaf forest. Many small rivers ran through Scythia, but the main one that features in the Scythian trilogy is the Oxus River, which empties into the Aral Sea in the north (also called the Mother Sea). This river carves narrow gorges in the southern mountains where it flows rapidly, but slows to become wide and boulder-strewn in its lower course.
Posted by Julie Napier at 5:02 PM